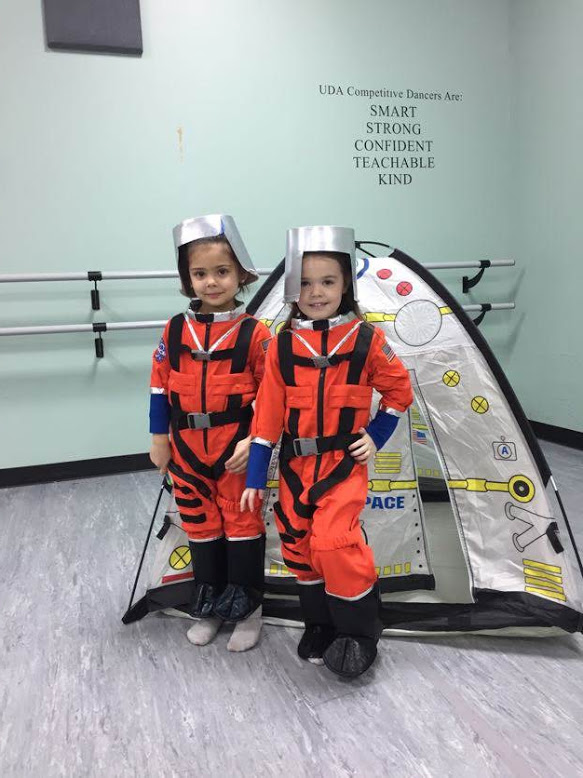 Space Week is always a blast. The children love pretending to be astronauts, or managing launches from Mission Control. But the week isn’t only about pretending and playing (although there’s plenty of that going on — it’s the best way for young children to learn!). At UDA Creative Arts Preschool, we use themed weeks that will interest the children as a way to teach concepts about our world (or Outer Space, as the case may be) and to also fully immerse the children in the important aspects of our curriculum that help children develop and learn. 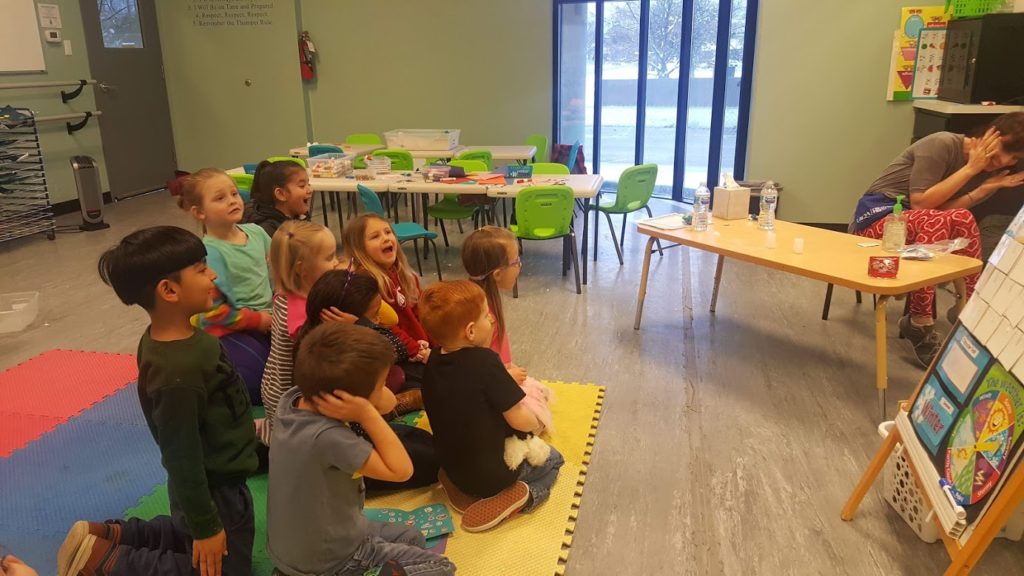 Space Week lends itself so easily to understanding science concepts more fully. It’s also a fun time to blast off with some impressive experiments!

We used our rocket launch experiment as a way to understand the properties of gas, while learning how to make educated guesses.

Before the launch, teachers placed an Alka-Seltzer tablet in water so the children could see how it bubbled. The teachers explained that the bubbles were made of gas (carbon dioxide), and that gas takes up space — even though it’s invisible! To further expand (haha) on this concept, we used Alka-Seltzer to blow up a small balloon.

We talked about how the gas was pushing on the walls of the balloon because it was running out of space. That’s what made the stretchy balloon expand. But what would happen if we put an Alka-Seltzer in a film canister, which isn’t stretchy?

The children made hypotheses (some hypothesized accurately!), and then teachers placed the Alka-Seltzer in the film canister with water.

We added variations by changing the amount of water in the canister and predicting which would produce the blown lid first. As you can imagine, this was popular, and we did the experiment over and over… and over. And over again and again (which is great, because repetition reinforces concepts!).

When children get their bodies involved, they can learn concepts in more memorable ways.

To gain a more comprehensive understanding of the solar system, we had children take turns as the sun, planets, stars, shooting stars, and comets.

The child who was taking a turn as the sun stood still in the middle of the room, while the planets revolved around the sun. The stars stood still in space and twinkled, while shooting stars and comets shot through space randomly.

We also practiced hand/eye coordination by tossing comets back and forth with friends. 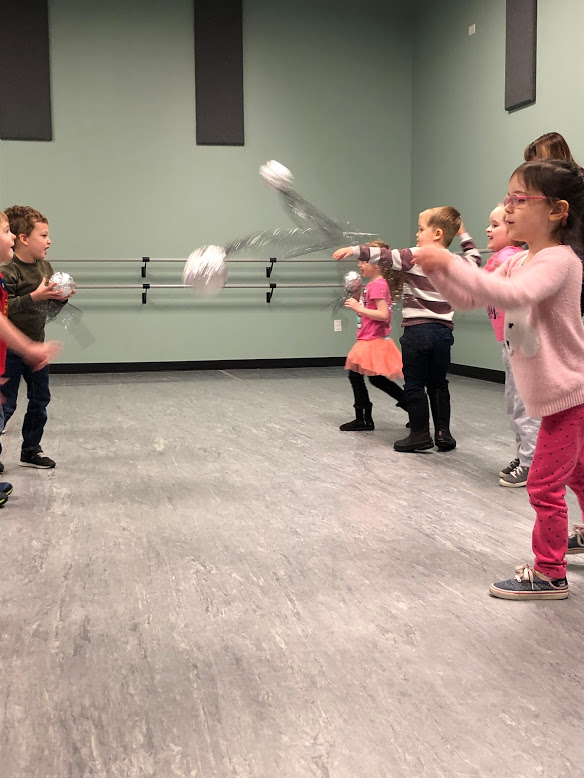 We blasted off into space and visited each planet in our land rovers (scooters). We weren’t able to walk or land on some planets because they were too hot, and we had to get out of there fast! Other planets presented tricky problems, as we had to navigate ice rings and asteroids just to get to them! 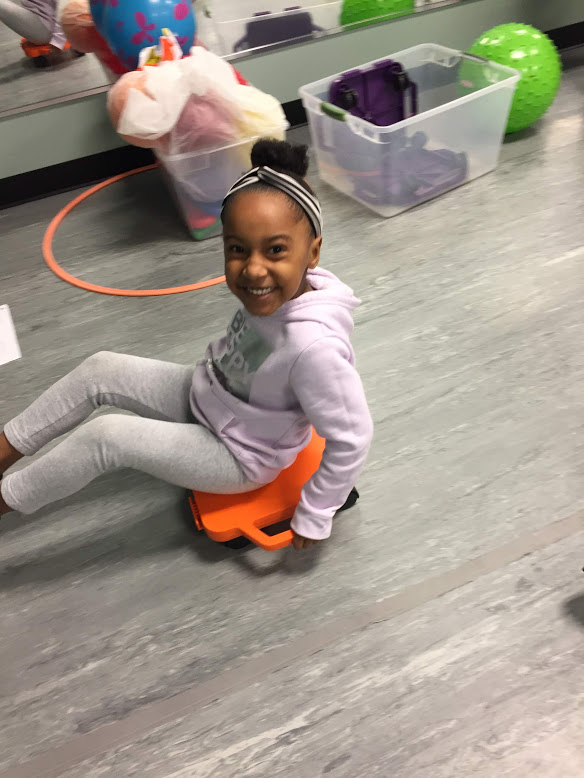 Space featured heavily in our art, as the children created their own representations of outer space. They also learned cause and effect, and used their creativity as they explored the effects that different artistic tools could make. 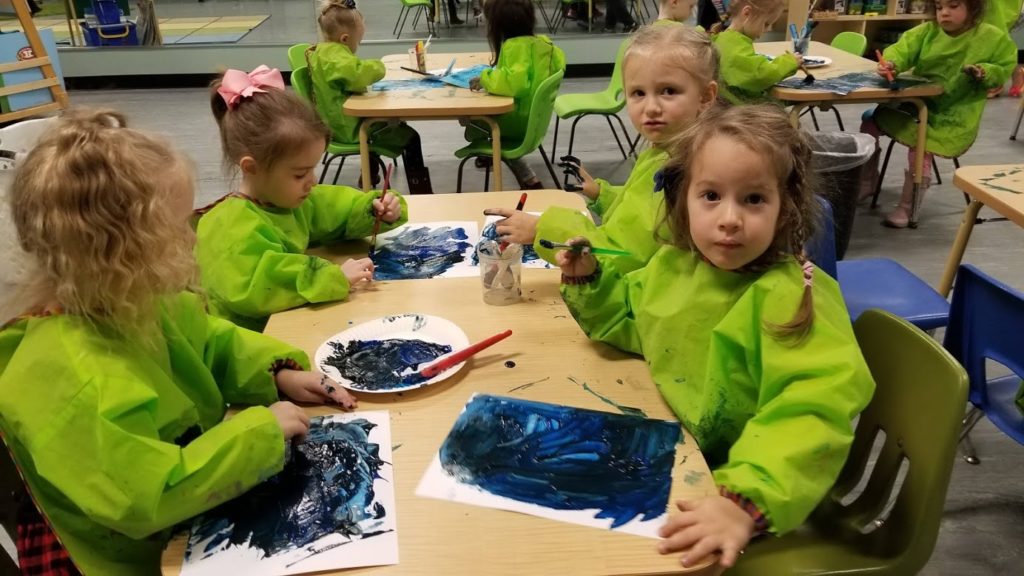 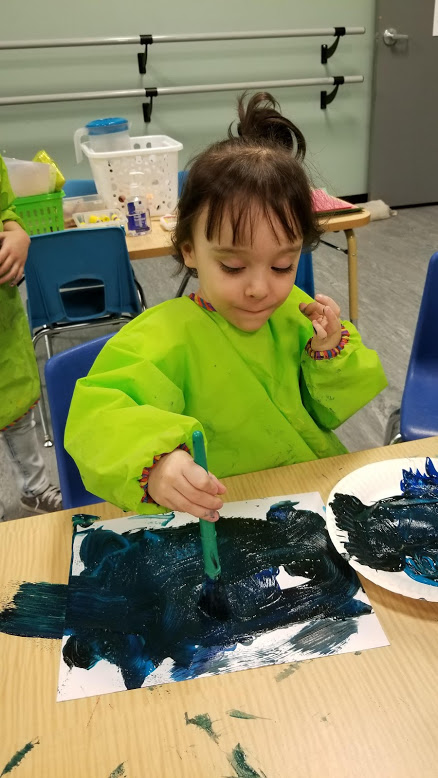 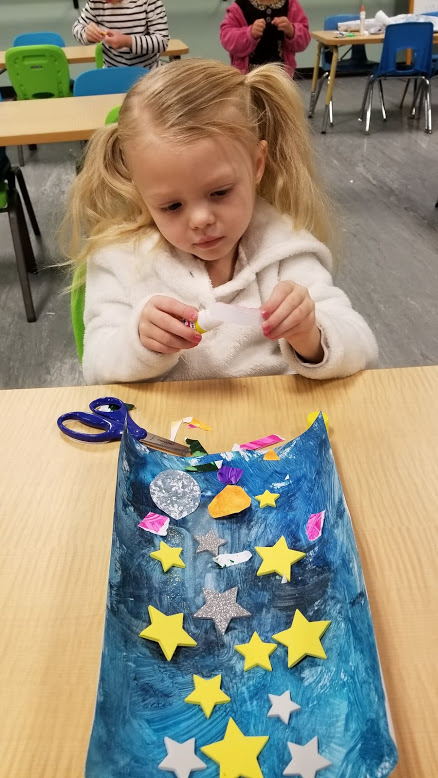 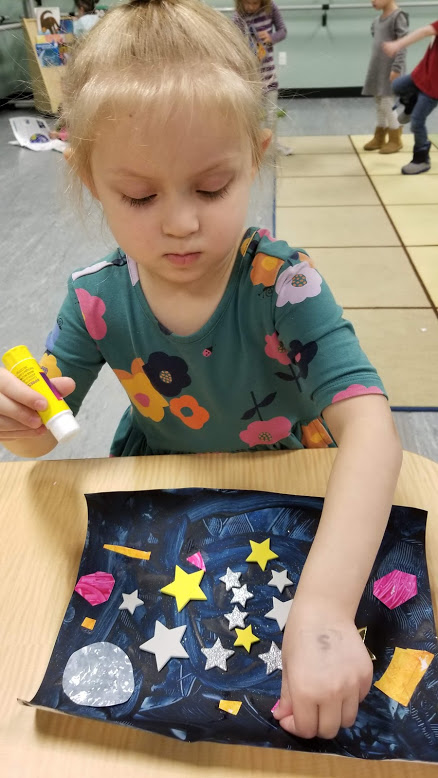 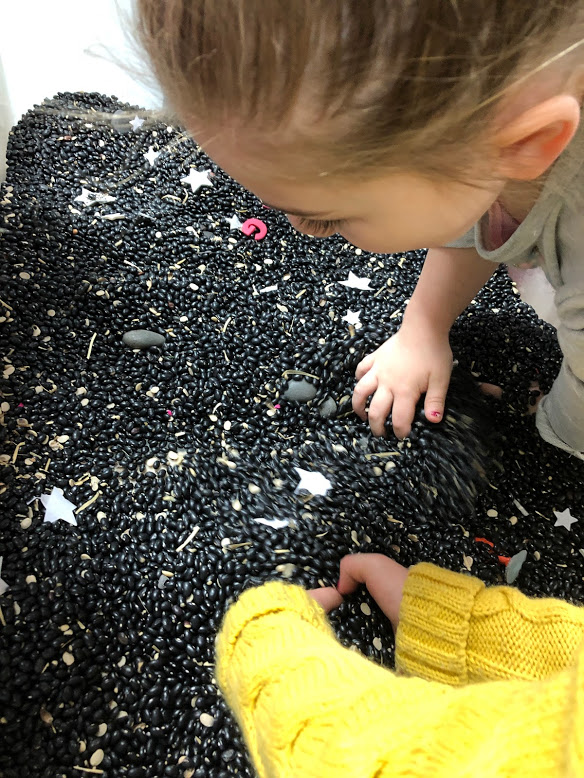 We filled the sensory bin with black beans and black rocks that represented dark space. Stars, planets, land rovers, astronauts, and rockets were mixed in. As the children searched for the items, they got a sensory learning experience that connected them to our theme. 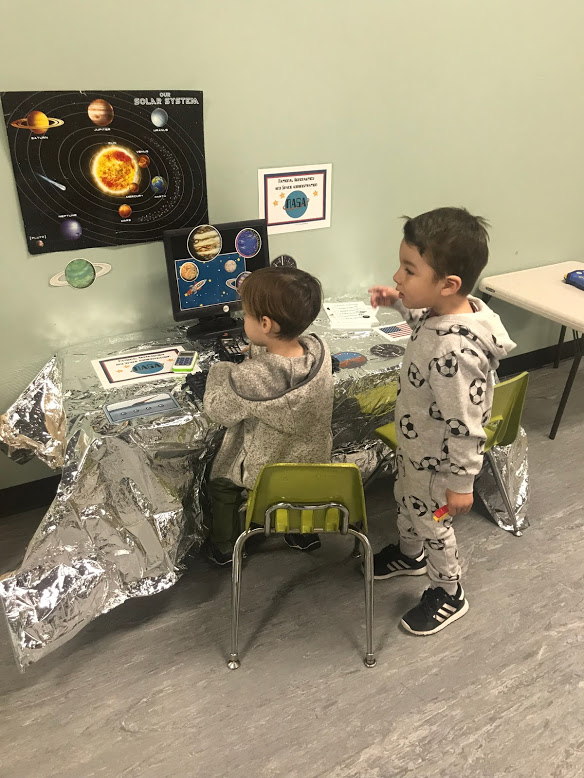 Mission Control was located in our preschool during “S is for Space” week! With a computer (not plugged in), telephone, and other gadgets, the children communicated to each other about the important space missions taking place. The teachers loved seeing how much the children had learned as they pretended. The children requested launches to different planets, and we even heard Mission Control tell the astronauts, “You can’t go to Mercury! It’s too hot. You will burn up!”

This kind of immersive learning never gets old for us at UDA Creative Arts Preschool. And it always allows the children to form their own connections as they learn important concepts. If you’d like your child to have fun, immersive experiences like this, give us a call at (801) 523-5930 to request a tour.